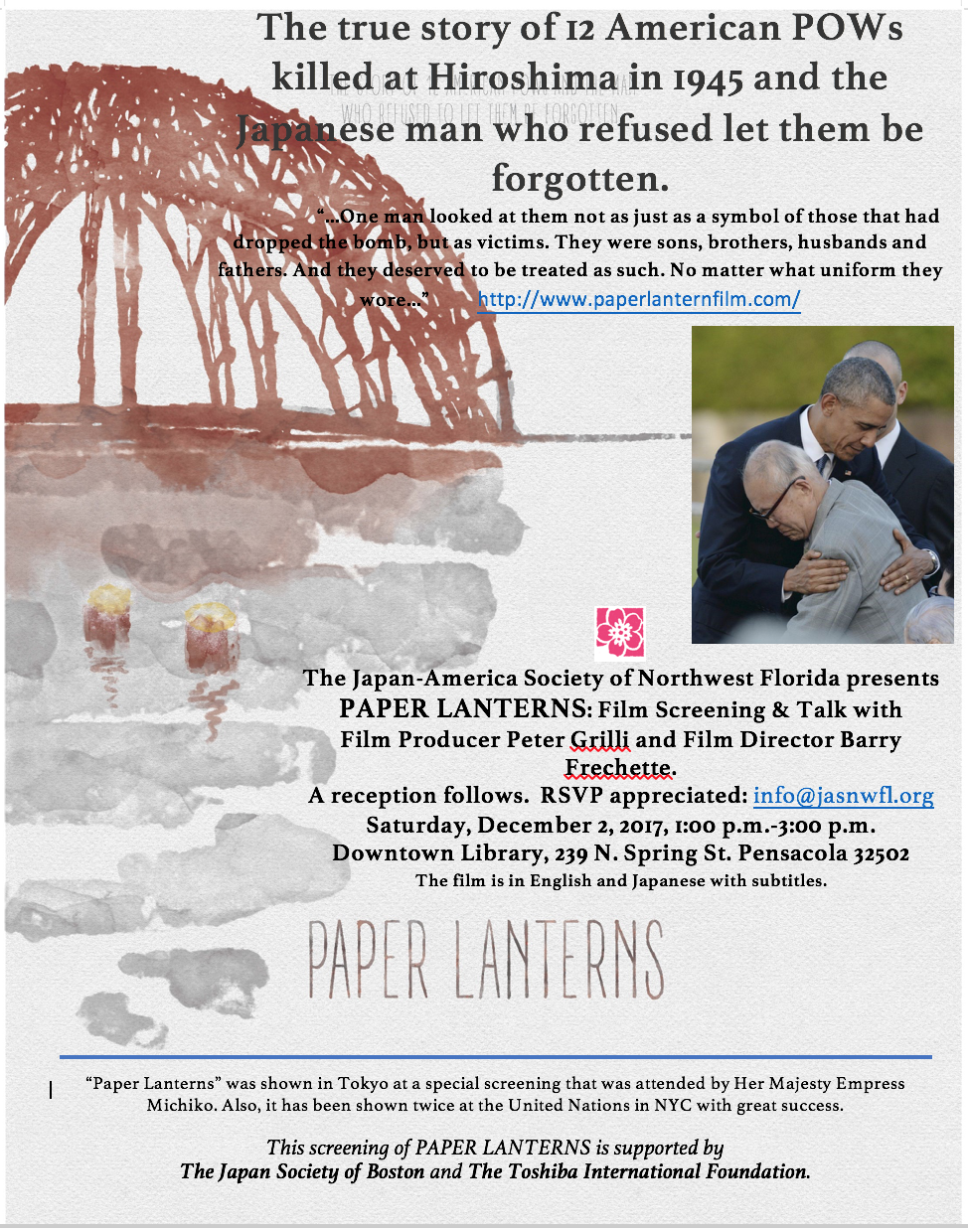 This documentary film, PAPER LANTERNS, is the true story of 12 American POWs killed at Hiroshima in 1945 and the Japanese man who refused let them be forgotten.

The Japanese man looked at the POWs “not just as a symbol of those that had dropped the bomb, but as victims.  They are sons, brothers, husband and fathers.  And they deserve to be treated as such.  No matter what uniform they ware…”  http://www.paperlanternfilm.com/

After screening the film, Producer Peter Grilli and Director Barry Frechette will join us for discussion and will take questions from us.  A reception will follow immediately after a Q & A session.

It is free and open to the public, but RSVP to info@jasnwfl.org would be appreciated, if possible.